Before that, John was the Senior Economic Development Director for the Greater Wilkes-Barre Chamber of Business & Industry. He was in charge of marketing available real estate within their five business park. He also oversaw the development and growth of the Innovation Center in Wilkes-Barre, Pa., a successful business and technology incubator. On January 16, 2014, The Joint Operating Committee Board appointed Thomas Baileys, Ed. D. as the Administrative Director of The Career Technology Center of Lackawanna County. Dr. Baileys previously served as the Director of Technology for Colonial Intermediate Unit #20 in Easton, Pa. Baileys also served as the Technology Director for the Western Wayne School District for several years.

Dr. Baileys earned a doctorate in Educational and Organizational Leadership from The University of Pennsylvania, completed his master’s degree and Pa. certification in Instructional Technology at Marywood University and earned his B.S. degree in Engineering from the University of Maryland. Dr. Baileys also served in the United States Air Force and attended the Lackawanna County Area Vocational Technical School (Currently the CTC of Lackawanna County). Mikal E. Belicove is a business theorist, brand architect, management consultant, and ghostwriter specializing in higher education, health and science, consumer-packed goods, and emerging technologies. Founder of the integrated marketing communications agency Atomic Unit, the third edition of his latest co-authored book — “The Complete Idiot’s Guide to Facebook” — was published by Penguin Group (USA), while his next book is tentatively titled “Strategy: You don’t know what the hell you’re talking about!”

As a business theorist and management consultant, Belicove has spent nearly 25 years working for and consulting with Fortune 100 firms and venture-backed startups in the areas of board governance, institutional and business planning, brand development, and marketplace positioning. He also has additional training and expertise in brand architecture, website development, design, brand journalism, and content marketing.

A graduate of Keystone College, he received an honorary Doctor of Humane Letters (DHL) when he delivered its 2012 Commencement Address.

He also attended the University of Houston and participated in continuing education and professional development offerings through Rice University and the University of Colorado-Boulder. When he’s not working, Mikal can be found enjoying life in Laguna Beach, California. Penny Common has spent 29 years with One Source Staffing. Penny is a professional in staffing management, recruiting, employee placement, and sales.
Penny serves on the following board of directors; American Red Cross of Lackawanna County, The Scranton Chamber of Commerce, The Scranton-Pocono Girl Scout Council, NEPA SHRM, and SLIBCO Board. Penny is also involved in an array of community activities. Penny is a graduate of Florida Junior College. 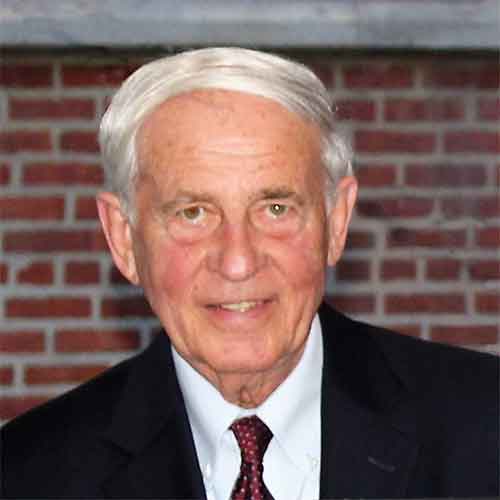 Michael A. Dziak is a retired executive just finishing 26 years with Earth Conservancy (EC). Mike was the President and CEO of EC, a private non-profit mine land reclamation and land reutilization organization located in Luzerne County, Pennsylvania. EC purchased the Blue Coal assets from the Bankruptcy Court in 1994, 16,000 acres of land in eleven different communities in the county. After developing a comprehensive land-use plan with community participation, goals were established.

The goals of the organization are to reclaim mine scarred land in preparation for reuse, conserve about 10,000 acres for open space/recreational use, and develop a transportation plan to enhance connectivity to the major road systems. To date, over 7,000 acres are conserved for open space/recreation uses, over 2,000 acres of land have been reclaimed at a cost of over $50 million, a new $85 million South Valley Parkway has been constructed all resulting in companies investing over $280 million developing industrial sites resulting in over 4,000 new jobs with annual payrolls of over $166 million with more to come.

Before returning to Luzerne County, Mike was an executive with IBM for 27 years involved in the manufacturing/development of technologies found in IBM’s systems. Mike also spent four years in the US Navy and returned home to attend and graduate from Wilkes University in 1967 with a Bachelor of Science, Commerce/Finance. Mike is married to his great wife Rachael Phillips Dziak for 57 years, residing at Harvey’s Lake, Pennsylvania. Proud parents of two sons and four grandchildren. As chief operating officer at OneSource, Kelly is responsible for the operations of the company’s 13 locations in 3 states . She brings more than 30 years of financial leadership experience to OneSource. Kelly joined OneSource 18 years ago as CFO transiting to COO in 2017 . Her experience and leadership have been focused on developing people and processes that match great people with great employers. Along with her role she has provided mentorship to employees both under her supervision and within the community. Prior to her time at OneSource, she held several positions in a financial leadership role across the NEPA region.

Kelly graduated Keystone College with Associate’s degree in accounting and continued her education at Wilkes University for BS and MBA.
She served on the Connections committee of The Commonwealth Medical College (currently Geisinger Commonwealth School of Medicine) and has coordinated and participated in many community outreach programs that help people achieve their goals. Kelly is passionate about putting people to work in meaningful jobs and matching the right employee to the job, because better people means better business and better business means stronger communities. Elizabeth Leo is an attorney in Northeast Pennsylvania and her practice primarily focuses on labor and employment matters. Prior to returning to private practice, Ms. Leo was the Market Chief Human Resources for Commonwealth Health Scranton for several years.

Ms. Leo obtained her undergraduate degree from the Hobart and William Smith Colleges and her law degree from St. John’s University School of Law. She began her career serving as a clerk to the Honorable Kevin Thomas Duffy in New York City and then worked at Morgan, Lewis and Bockius as an associate. After relocating to Northeast Pennsylvania, Ms. Leo worked at Rosenn, Jenkins and Greenwald before entering healthcare.
Ms. Leo lives in Shavertown with her husband, Charles, and two children. Gerard T. O’Donnell is the president of GTO Consulting. Previously, he served as the president and chief operating officer of Motorworld Automotive Group, Wilkes-Barre, and has over 30 years of experience in senior management automotive industry positions. Active in the community, Gerald serves on the Wilkes-Barre Chamber of Business and Industry Board and King’s College Business Advisory Board. Previously, he served on the board of St. Vincent Soup Kitchen, the Osterhout Free Library, the American Diabetes Association, Junior Achievement of Northeast PA, and McAuley House. Kenneth G. Okrepkie, MHR, serves as the regional manager for Ben Franklin Technology Partners, where he oversees investments in a portfolio of more than 40 companies in Northeastern PA. Each year this group of companies will generate hundreds of millions of dollars in revenue, creating good family-sustaining jobs in the region. For every $1 Ben Franklin invested in its companies, they return $3.90 in tax revenue to the Commonwealth of Pennsylvania.

For more than a decade at Ben Franklin Technology Partners, Ken has supported early-stage technology companies and connected manufacturing firms to college and university resources supporting process improvement and product development projects. Okrepkie’s career blends a variety of experiences from higher education to the world of the entrepreneur. He started his career at the University of Scranton, ultimately serving as Assistant Dean of Admissions, followed by Junior Achievement of Northeastern Pennsylvania, where he held the position of President, leading an organization that teaches life skills and the American free enterprise system to 12,000 young people a year. Ken then transitioned to founding member of an internet start-up company, CollegeRecruiting.com, where he led the sales and strategic initiatives.

Prior to Ben Franklin in 2004, he joined the Great Valley Technology Alliance, now TecBridge, as a Vice-President. He is credited with creating the Lackawanna and Luzerne County Keystone Innovation Zone (KIZ) program that generates more than $2M each year for technology companies in the region, now totaling $26.4M since the inception of the program. In support of regional economic development and local nonprofits, he has served the community as Chair of the Boards for SLIBCO- the Scranton Chamber’s Economic Development arm and Scranton Tomorrow, an organization that is leading the revitalization of downtown Scranton, and the Great Valley Technology Alliance. In addition to serving as the Chair for the Board of Governors for the Scranton Area Community Foundation, Mr. Okrepkie also Chaired the Hazleton based CAN BE Business Incubator for CANDO along with continuously serving on all five Business Incubator Boards in the region. He also spent two years as Chair for the TecBridge Business Plan Competition. Kenneth has been both Commissioner and/or Coach for girls’ basketball and soccer in the Abington Youth programs and coached his daughter’s Holy Cross High School girl’s soccer team.

A graduate of the University of Scranton, Okrepkie holds an undergraduate degree in marketing and a master’s degree in human resources. He is currently an adjunct faculty member at the University of Scranton Kania School of Management, teaching in the Entrepreneurship program where he has been selected into the Sigma Nu Tau Entrepreneurship Honor Society, while also being recognized as the 2017 Pennsylvania Technology Acceleration Leader of the Year by Accelerate PA. In 2018, he received the CANDO Chairman’s Award. Mr. Okrepkie provided the Johnson College 2017 Commencement Speech and received the 2013 TecBridge Bill McNally Mentor of the Year Award. He was a Wilkes University Allan P. Kirby Center Mentor of the Year recipient in 2016 and NEPA Business Journal “Top 20 Under 40 Business Professional” in 2008. John F. Pullo, Sr. is founder and CEO of Chartwell Strategies, LLC, a strategic advisory services and consulting firm formed in 2018.
Prior to founding Chartwell, he was employed for 35 years at Gentex Corporation, where he held a variety of senior positions in business leadership, corporate development, R&D, business development, and operations. Industry experience prior to Gentex includes twelve years with Sandvik AB, where he held key management positions at both the corporate and divisional levels.

In addition to a long history of service in Pennsylvania economic development affairs, he is a Trustee at Keystone College in La Plume, PA, having served most recently as Chair. He is also Chairman of the Board at the Carbondale Technology Transfer Center, a regional business incubator serving northern Lackawanna County, and serves on the Board of Directors of WVIA, a public media and PBS affiliate serving northeastern and central Pennsylvania.