Keystone College recently accepted a donation of $70,000 on behalf of the late Pennsylvania Governor William W. Scranton and Mary L. Scranton in honor of Keystone President Emeritus Dr. Edward G. Boehm, Jr. The donation was presented to the College by the Scranton’s...

Mansfield Orchestra to perform on campus

The Keystone College Department of Performance Music will host the Mansfield University Wind Ensemble and Symphony Orchestra for a special concert event on Thursday, November 17 at 7 p.m.in The Theatre at Brooks. Admission is free and the event is open to the... Discounts on intersession classes being offered

Keystone College is even making it more affordable by discounting intersession courses to $380 per credit, including texts. 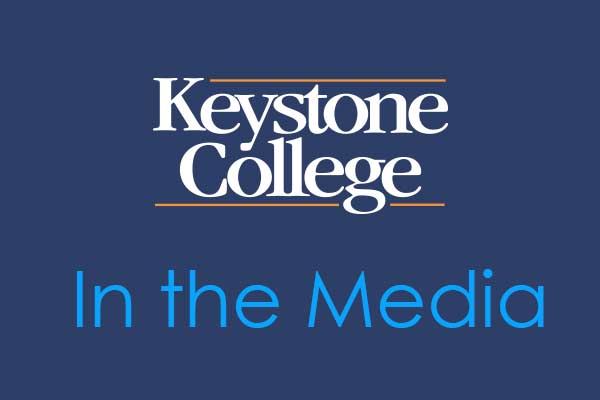 Keystone College has been educating veterans since the Civil War. Keystone recently showed off its improvements to the College’s Elmer R. Hawk ’48 Veterans Center.
Watch Video Members of the Keystone College community gathered to honor 2016-2017 scholarship donors and recipients with its 20th annual Scholarship Luncheon on campus. The event provided students an opportunity to meet the donors who make it possible for them to pursue their education at Keystone College. Keystone College is participating in the White House Healthy Campus Challenge to encourage individuals who do not currently have health insurance to acquire it through the federal health insurance Marketplace.